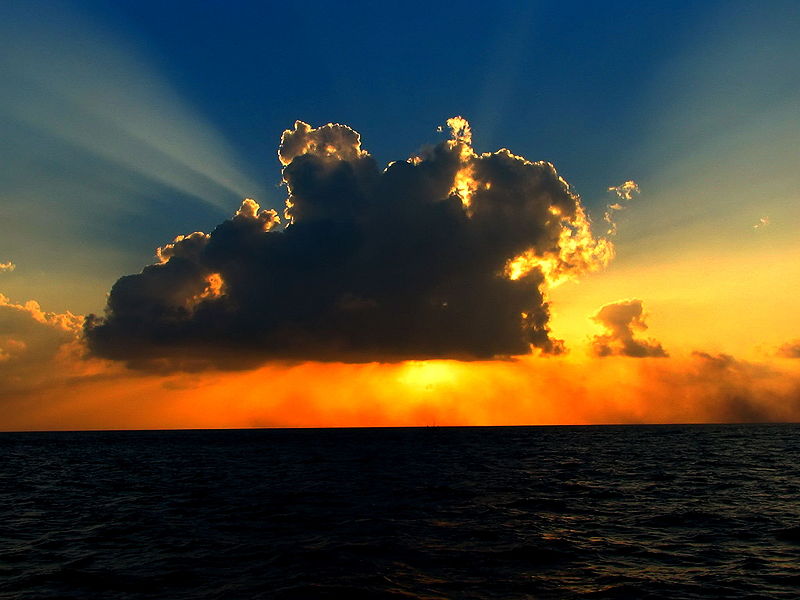 UPDATE 14/10/06 – LightingEurope, the “Voice of the Lighting Industry,” has just published their LightingEurope Position Paper on Color Quality. To summarize:

To be brutally honest … no. Despite all that has been written on the topic over the past decade, the importance of CRI to everyday lighting design today is minimal at best.

What is (or perhaps was) important is the history of color rendering metrics and the influence they had on fluorescent and LED lamp design. We can mostly ignore the issues of color rendering today precisely because of the CRI metric.

If you want to make senior citizens shudder, ask them what it was like to work in an office in the 1950s with fluorescent lighting. The linear fluorescent lamps of the time used calcium halophosphate phosphors that had a well-deserved reputation for making skin tones appear a sickly gray-green. Brightly-colored fabrics also looked disagreeably different from being viewed under daylight or incandescent lighting conditions.

Fluorescent lamp manufacturers could address this problem by varying the phosphor composition of their lamps. However, phosphors are expensive, and it is always difficult to convince consumers to pay more for products on the promise that they will “look better.” What was needed was an industry-standard metric.

Beginning in 1948, the Commission Internationale de l’Eclairage (CIE) began the quarter-century process of developing what is now the CIE General Colour Rendering Index, commonly referred to as the CRI metric (CIE 1995). The first version was published in 1965, and it was revised in 1974 to include the psychophysiological effects of chromatic adaptation.

An excellent description of the metric is available from Wikipedia (“color rendering index”), so there is no reason to repeat it here. All that needs to be said is its definition:

and a reminder that the two illuminants (i.e., light sources) must have the same correlated color temperature (CCT).

This metric worked reasonably well for ranking linear fluorescent lamps from the era. Quartz halogen lamps had CRIs of nearly 100, while warm white fluorescent lamps typically had CRIs between 50 and 60. These lamps were particularly deficient in the red region of the spectrum (see Fig. 1), with warm white lamps having CRI R9 values as low as -111. (No, that is not a misprint; CRI values for specific test colors can be negative.)

Fluorescent lamp manufacturers could increase the red emission by mixing strontium and calcium halophosphates to create so-called “deluxe” phosphors. Lamps using these phosphors could achieve CRIs of approximately 90, but at the cost of roughly a one-third decrease in luminous efficacy (lumens output per electrical watt input).

This situation changed in the 1970s with two important discoveries:

By themselves, these two discoveries may or may not have had a significant impact on the manufacture of fluorescent lamps. Looking back, the lighting industry at the time had little to no interest in color rendering issues.

What the lamp manufacturers did have however was a metric to compare products with, and with this the opportunity for an effective marketing campaign. As a result, the otherwise-obscure CRI metric appeared in every manufacturer’s catalogs and sales literature, and it sold lamps.

With CRIs in the range of 85, triphosphor lamps have very good but not excellent color rendering properties. Lamp manufacturers therefore developed so-called “broadband” phosphors with four or five emission bands. With these, CRIs of 90 or so could be achieved.

Marketing aside, did this really matter? For most commercial applications, the answer was probably no. In 1986, the CIE Guide on Indoor Lighting (CIE 1986) offered this helpful table:

True, this list was likely influenced by the availability of halophosphate fluorescent lamps for indoor use, clear mercury vapor HID lamps for high-bay factory luminaires, and low-pressure sodium (LPS) lamps for roadway and area lighting. Still, it indicated how the CIE viewed its own metric at the time. CRI values were meant to be used as design guides rather than as precise numbers.

More tellingly, van Trigt (1999) presented a scholarly review of the CRI metric, in which he stated that “only a difference of some five points in the index is considered meaningful.”

The problem is that while the CRI metric Ra can be calculated from the measured lamp spectral power distribution (SPD) with arbitrary precision, it is nevertheless based on a mathematical model (the von Kries transformation) of psychophysiological behavior. Given this, it makes sense that the difference between CRI values of for example 88 and 90 is essentially meaningless.

In a sense, the CRI metric has served its purpose in promoting the development and commercialization of rare-earth lamp phosphors. With fluorescent lamp CRIs typically being in the range of 85 to 95 these days, lighting designers and consumers have little need to know anything other than “90 and above good, less than 80 bad.”

But then along came solid-state lighting …

The first commercially-produced SSL luminaire designed expressly for architectural applications was the TIR Systems Lexel, introduced at LightFair in April 2005 (Whitaker 2005). Based on a red-green-blue, high-flux LED die design, it generated white light whose color temperature could be varied from 3000 to 6500 kelvins.

Compared to the cool white LEDs with YAG phosphors and CRIs of approximately 75 available at the time, the white light produced by the Lexel was widely acclaimed by the trade show attendees, particularly for its color rendering properties.

What the attendees did not know was that (ahem) the CRI Ra value varied from 25 at 3000K to 40 at 6500K (Speier and Salsbury 2006). By the standards of CIE 29.2, this was barely good enough for outdoor lighting only, along with clear MV and LPS lamps.

If anything, this is an example of the abject failure of the CRI metric to predict the color rendering properties of RGB LED luminaires. CIE Technical Committee 1-62 acknowledged this problem (CIE 2007), and recommended the development of a new and improved color rendering metric for all white light sources.

CIE Technical Committee 1-69 was therefore established in 2008 to “investigate new methods for assessing the colour rendition properties of white-light sources used for illumination, including solid-state light sources, with the goal of recommending new assessment procedures.” The committee investigated over a dozen proposals, but could only agree to bitterly disagree on any new metrics. As of this writing, the committee has yet to release its final report.

TC 1-90: Colour Fidelity Index. To evaluate available indices based on colour fidelity for assessing the colour quality of white- light sources with a goal of recommending a single colour fidelity index for industrial use.

with reports due no earlier than 2015.

Despite numerous calls from the lighting industry for some clarity on color rendering metrics (e.g., Whitaker 2010, Colombo 2013), it is unlikely that the CIE will respond for at least a few more years.

Again however, does any of this really matter? The solid-state lighting industry effectively gave up waiting a number of years ago and began using CIE Special Colour Rendering Index R9 in addition to Ra to quantify the color rendering properties of white light sources (including both semiconductor and organic LEDs) for saturated red colors. While this combination of Ra and R9 is not a perfect solution, it is nonetheless a recognized industry standard, and it generally works (especially for marketing literature).

More to the point however is that the solid-state lighting industry has, like the fluorescent lamp industry before it, mostly outgrown the need for color rendering metrics. As long as the lamp module CRI is 80 or above — which is the case for most commercial products these days — there is little need to worry about CRI except for applications requiring critical color judgment.

With this, it is interesting to look at another industry that relies on the CRI metric: architectural glass. If you think about it, daylight illuminating interior spaces is spectrally filtered by glass windows and curtain walls. What is the CRI of daylight inside the building? If it is less than 80, it is in danger of being banned altogether by the US Environmental Protection Agency in accordance with the minimum CRI requirements of its ENERGY STAR program (EPA 2013).  (Just kidding … I think.)

It may surprise lighting designers to know that there is a European standard (BSI 2011) that specifies the calculation of indoor daylight CRI values, assuming a 6500 K daylight (CIE D65) illuminant. Architectural glass manufacturers publish CRI values for different thicknesses of their glass and window assemblies, and it can be calculated using the International Glazing Database (windowoptics.lbl.gov/data/igdb) and the freeware Optics 6 program from LBNL (windows.lbl.gov/software/Optics/optics.html).

You might think that bronze glass for example would significantly affect the color of indoor daylight, but this is not the case. Taking one manufacturer (Pilkington Glass) as an example, most of their products have CRIs in the mid-90s, with the lowest (Ra of 77) being for their Solar-E Arctic Blue low-emissivity glass with a blue body tint.

As you might expect from architectural glass, the slight greenish tint is due to absorption of red light. This increases the effective color temperature of the incident D50 and D65 daylight to 5100 and 6600 kelvins, respectively.

What makes this interesting for lighting designers is that architects and clients may obsess over the need for “high-CRI lighting” in their buildings. If the design involves both electric lighting and daylighting, one response could be to ask about the CRI of the building glass. If it is less than 90, there may be little point in worrying about the electric lighting.

Lamp with a CRI of 90 or above, good. Lamp with a CRI of less than 80, bad. This, plus the knowledge that “only a difference of some five points in the index is considered meaningful” is likely all you need to know (or talk) about CRI for most lighting design projects.